The Great Work is a stop-frame animation film written and produced by Borbonesa in collaboration with musician Robert Stillman, as part of the 2014 animation project ‘Timequake’. It was created using traditional stop-frame animation techniques and Dragonframe software. The visual elements in the animation are made from hand-cut paper shapes extracted from young people's science encyclopaedias. This material is, over a series of seven parts, ejected or spewed or beamed or puffed or gushed, or slumped or spat from a cube, as representations of different abstracted physical states. The material moves through various solidifying processes, and ultimately into The Great Work.

The soundtrack for the film is produced by Robert Stillman from a found cassette tape featuring recorded conversations. These sounds were sampled, processed, and re-mixed to create the score. The final product is the result of micro-level treatment of tiny pieces of audio. This element of minutiae in the working process, as well as the transformation of ‘figurative’ material into abstract elements, runs parallel to the meticulous stop-motion animation work.

The title music is entitled ‘The Great Work’. It was composed as a woodwind quintet with percussion and recorded using a multi-track (‘sound-on-sound’) process in which Robert played all the parts. The title is somewhat ironic; the style of the piece, which is quite complex harmonically, seeks to create a pretentiousness that contrasts with the somewhat more amateur style of the music’s performance and production.

The film was first screened publicly in December 2014, as part of Brighton's annual cine-city film festival. 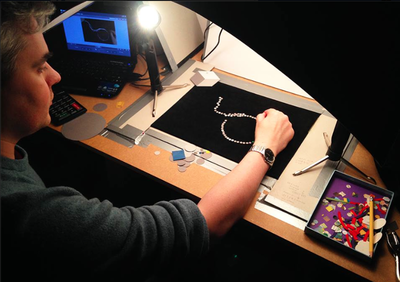 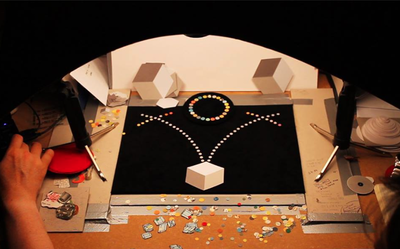 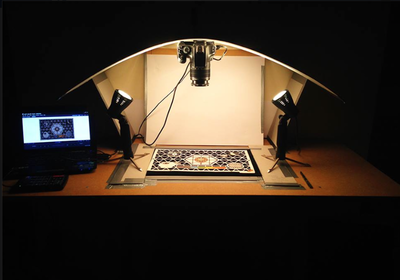 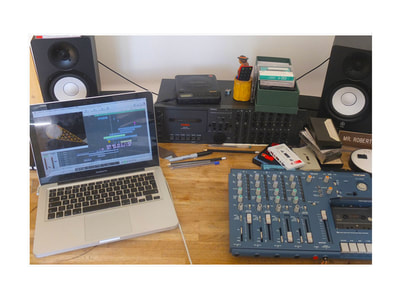 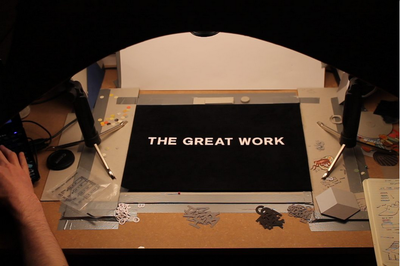 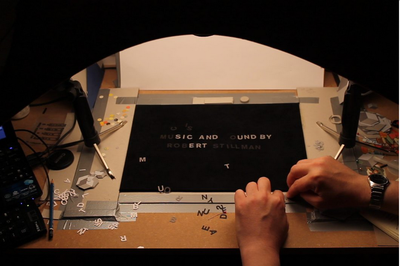 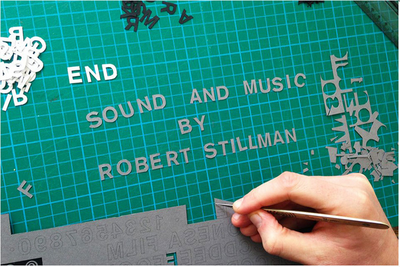